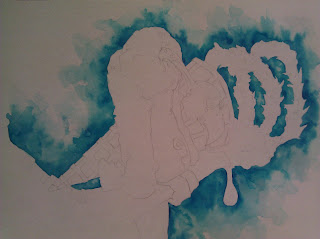 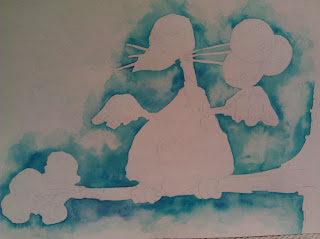 Eventually, I would like to do a series of paintings where the subject is completely defined by an ambient glow of color. In the meantime, these early stages of bird paintings will have to suffice. I've been working on getting the blues the way I want them and then I'll start painting the trees and birds and giant desserts.

I'm not really sure what my obsession with spilled ice cream cones is since I've never spilled one, but I clearly have the obsession.

Posted by Jonathan Arras at 7:10 AM 0 comments

Birds On My Mind

I've had birds on my mind for weeks now - I just haven't had the time to paint them. I did have time to doodle this bird while winning a word game last night: 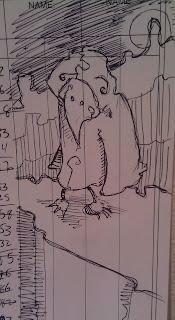 I also got started on one of a series of birds I have already finished and moved on from in my head. In the interest of actually completing something though, I will see this one through and hopefully a handful of others. 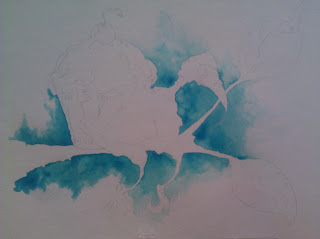 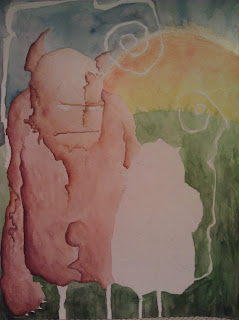 Many times when I paint a character, I leave the expression on the face vague and let my feelings and the paint take over to dictate some of the final tone. Even as far along as this painting is, I don't know what the eventual expressions will be on their faces. This painting in particular has been interesting because I am rusty and working much more slowly and tentatively than I am used to. I'm trying to capture those feelings as well, since I feel like it's giving a sketchier and more unstable pitch to the whole thing and I like that. 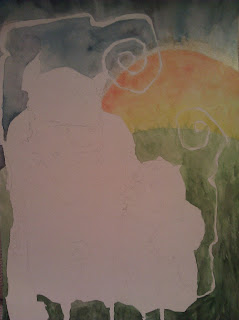 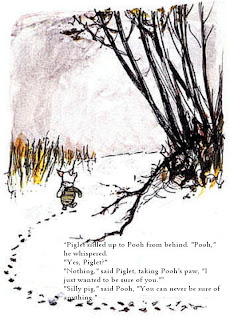 Posted by Jonathan Arras at 11:50 AM 0 comments 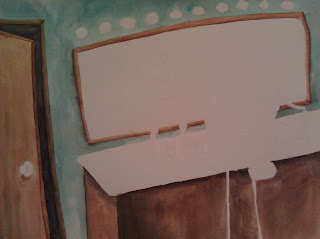 So I finally started painting again and then got an amazing sinus infection that made it impossible to sit over a painting without coughing and whining all over it. I did start a few things though, including the painting above that goes back to a time when I had to take a lot of medication just to stay out of the hospital. It messed with my vision and sense of self so I'd spend a lot of time just staring into the mirror, transfixed by me and my memory.

Which I'm pretty sure the "you" in this Mountain Goats song is referring to and not someone else. I'm probably prone to zone out in a mirror anyway, but especially during those medicated times I remember trying to figure out if it was the current me disgusted with the memory of me or vice versa. Being medicated is terrible. 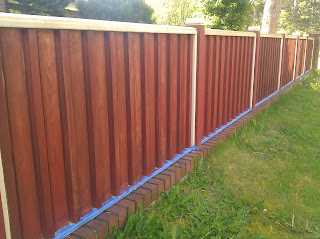 Somehow while I was moderately medicated for this pain in my head (the actual one from my sinuses, not the psychological one that's always there) I manged to paint some of the fence outside my house. Since I haven't done much else of note lately, I'm claiming it as art and posting it here.

PS Everyone in the Seattle area should go see The Mountain Goats on June 23 at the Columbia City Theater. I'll be there, coughing.

Yeah, It's Beautiful Here Too 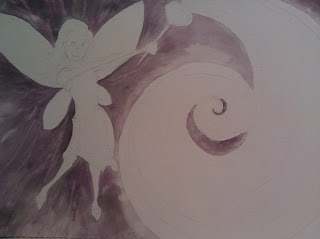 My daughter has recently been obsessed with the Rainbow Fairies books by the five-year-old girl hive mind known as "Daisy Meadows" (http://www.rainbowmagiconline.com/books/books_rainbow.html). For those of you who haven't had the pleasure of reading them, they all boil down to the same basic series of events:
It seems like there are hundreds of these books, and for all I know there could even be thousands. The things pretty much write themselves as long as you remember to change up the inanimate object that's gone missing (although I know of at least three Christmas books in the series, so even genius repeats itself). The goblins are a thinly veiled allegory for boys and how single-minded, bumbling, easily influenced, and mischievous they are so all you really need to do is make sure the goblins steal said object and -POW- instant bestseller. 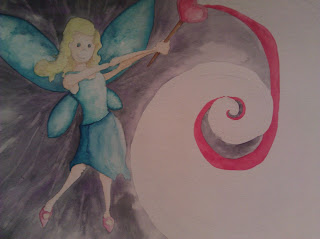 Because I love my daughter like crazy, I've not only read several hundred thousand of these books, but I also painted her a rainbow fairy of her own. In blue, because suddenly blue is better than pink. Until next week, when purple becomes the new blue. 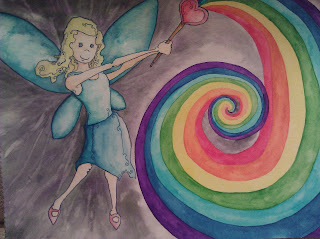 Also, a Superchunk song for no particular reason:

Posted by Jonathan Arras at 10:50 AM 0 comments

I'm Not The Milk 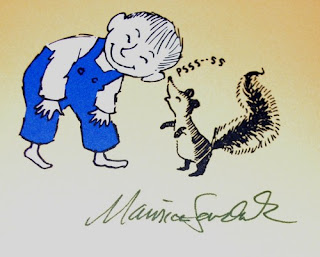 Maurice Sendak passed away the other day and I'm very sad about it. 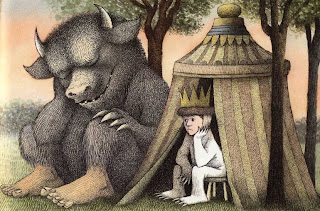 Posted by Jonathan Arras at 10:04 AM 0 comments 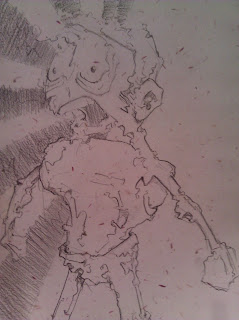 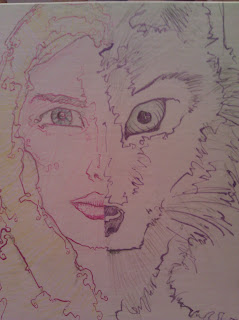 My art time has still been pretty limited, but I had some time the other night to doodle. The wolf/woman is not my original creation (sadly) but instead came from the label of a beer that I can't remember the name of but is probably something tough but clever like "Wolf/Woman Beer".
Posted by Jonathan Arras at 12:13 PM 0 comments

Surprise, It's A Monkey 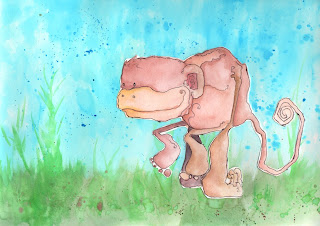 Thank you to everyone who supported me at the Monster show in November and December!

I hate to say it, but I've pretty much quit painting for the time being due to a combination of making largely uninspired paintings and real life continually kicking me in the head. I'll continue to maintain an Internet presence and prints are still available from www.spiralsinlove.com, but unless something magical happens you probably won't see anything new from me for a while. Once again, thank you so much to everyone who has supported me over the last few years - I'm not gone forever, so hopefully you'll find a place for me in your art world whenever I'm up to coming back to it! 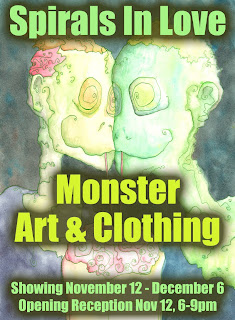 Starting this Saturday, I will be having a show at Monster Art & Clothing (http://www.monsterartandclothing.com/). The opening is during the Ballard Art Walk from 6-9 pm on Saturday, November 12. I'll have original paintings, prints, and assorted art trinkets available for looking and buying. Even if you hate my art (it's OK, I understand), you should still come to the store because it's AMAZING and they have lots of great monster-related items.


View Larger Map
Posted by Jonathan Arras at 11:28 AM 0 comments 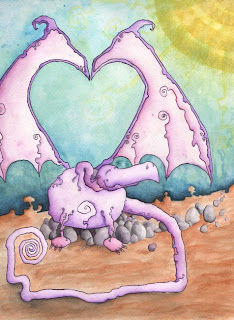 This painting was a donation for the Pancreatic Cancer Action Network's Purple Stride event this Sunday. This is my second year contributing a painting. This will probably be my last painting for a while, but I do have a handful of other paintings I need to get around to scanning or finishing that I will post as they are completed.


I also finished the painting I did as a Halloween gift for my son and uploaded a few versions because I was having fun playing with Photoshop.

Send me an e-mail!